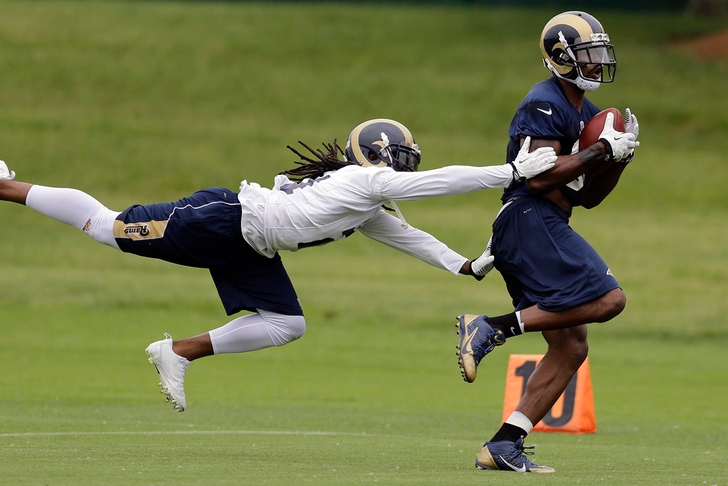 In today's trending Rams news, a minor skirmish broke out between St. Louis Rams wide receiver Kenny Britt and starting cornerback Trumaine Johnson during Thursday's OTAs after Britt celebrated this next touchdown with an emphatic spike and an expletive-laden scream.

Per Nate Latsch of FOX Sports Midwest, a few minutes after Britt's show, "Britt and Johnson got into a shoving match that ended with both players on the ground and coach Jeff Fisher stopping the session to voice his disapproval of the extracurricular shenanigans."

As has been the case with Britt throughout his career, that's just the beginning of how loud and in-your-face he can be on the football field.