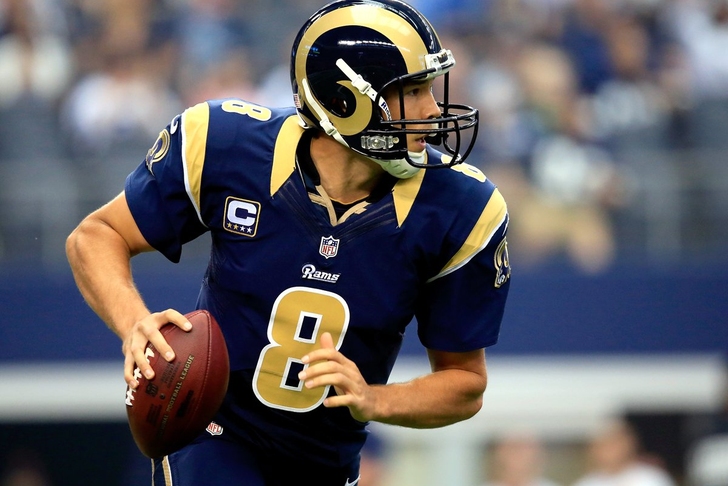 In today's Rams news update, St. Louis Rams starting quarterback Sam Bradford isn't worried about his surgically repaired left knee or the critics who believe that he needs to prove himself to be a top-tier NFL quarterback.

After the Rams finished their offseason workouts on Thursday, Bradford headed home for Oklahoma City - confident in both his place as one of the best QBs in the game and his recovery from injury.

"I think you have to believe in yourself and you have to be confident," Bradford said, via RB Hallstrom of the Associated Press. "I don't try to compare myself to anyone.

"You guys do a great job of that," pointing the criticism he has been receiving right back at the media corps.

The Rams reaffirmed their faith in Bradford by waiting until the late rounds of the draft to pick up a quarterback. Despite the harsh words saved for him by a vocal sect of reporters and writers around the league, all he is worried about is putting the effort in to pay the Rams back for their commitment.

"To be honest, I just don't pay attention to any of it," Bradford stated. "I don't read the paper, don't listen to the radio, don't watch the news. I know the preparation and time I've put in, I know I'm doing the right things."