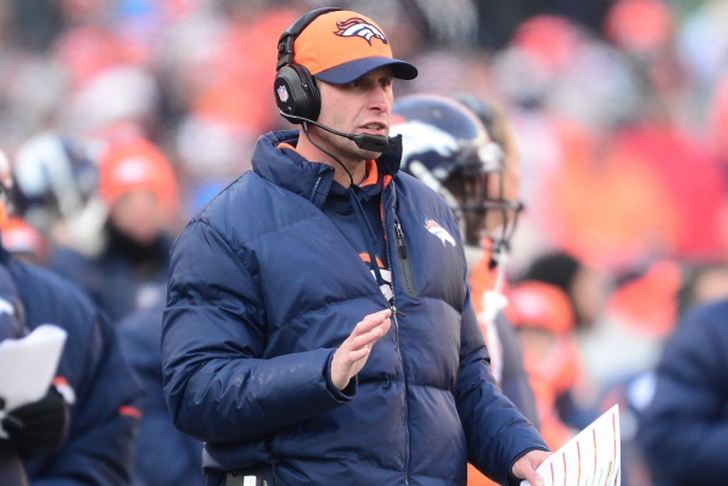 With Brian Schottenheimer headed to Georgia, the St. Louis Rams need a new offensive coordinator. While there are quite a few solid candidates out there that most fans wouldn't be familiar with, the Rams front office is aiming higher than that.

Per ESPN's Adam Schefter, the Rams have reached out to Denver about setting up an interview with Broncos OC Adam Gase. Gase - a candidate for several head coaching jobs that ultimately went elsewhere - is still under contract with the Broncos, but Denver has made it clear that members of John Fox's staff are free to pursue opportunities elsewhere now that Fox is no longer with the team.

Gase will also interview for the Broncos head coaching job, but he wasn't considered one of the early favorites after Fox and the team mutually parted ways. Only 36 years old, Gase has been working in the NFL for over a decade already, with stops in Detroit and San Francisco before coming to Denver in 2009. Rams HC Jeff Fisher knows his team needs to improve on offense next year if he wants to stick around long-term, and Gase is one of the brightest young offensive minds in the game.

St. Louis ranked 28th out of 32 NFL teams in total offense in 2014, and the stats get even uglier when you take out blowout wins over the Raiders and Redskins, two teams full of players that were already planning their offseason vacations when the Rams faced them. While the early injury to QB Sam Bradford was a major blow to the Rams' offense, they were unable to find a serviceable replacement.