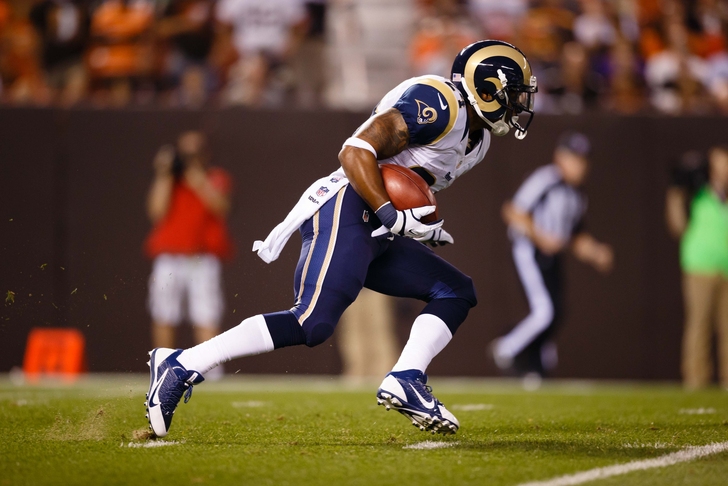 In today's Rams news and rumors update, the St. Louis Rams have waived injured running back Isaiah Pead as he recovers from a torn ACL.

Per Josh Alper of Pro Football Talk, "should Pead clear waivers, he can revert to the Rams and go on injured reserve for the entire season or reach an injury settlement that makes him a free agent."

As a highly-regarded draft pick coming out of the University of Cincinnati, Pead has not yet lived up to the hype after being drafted 58th overall by the Rams in the 2012 NFL Draft. Pead amassed 17 carries for 75 yards and 14 catches in 94 yards in 2013, getting limited touches in his rookie season with the team.

There could very well be another NFL team who could swoop in on Pead, stashing him away for the 2014 season while he recovers from injury. His ceiling is still high, and with the right system in front of him, he could still be an effective back in this league.

In the wake of Pead's injury, Tre Mason and Benny Cunningham stand behind starting running back Zac Stacy on the Rams' depth chart.