Rams News: Rams to celebrate "Greatest Show on Turf" in 2014 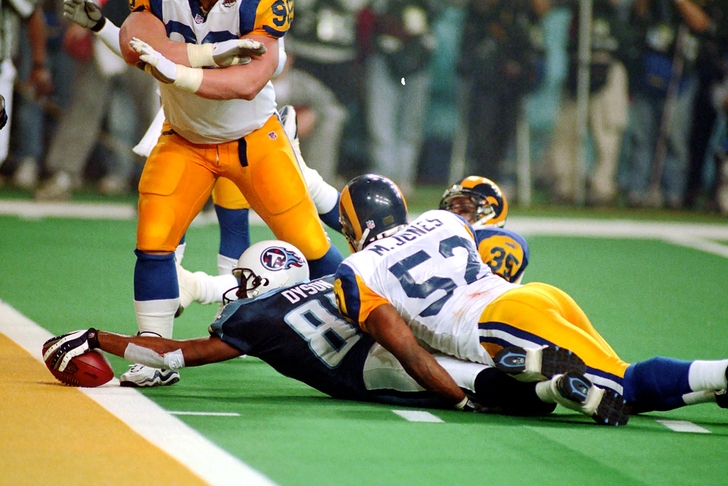 In today's Rams news update, the St. Louis Rams will be celebrating the 15th anniversary of the "Greatest Show on Turf" this season, commemorating the Super Bowl XXXIV Champions with a host of different celebrations throughout the year.

Along with launching a retrospective website (GreatestShowOnTurf.com) chock-full of pictures and highlights from the team's run to the championship, the team will also bring some of the past glory of the franchise back to the field in the middle of October.

Per the Rams' official website, "the most significant celebration event will come on Monday, Oct. 13 when the Rams host NFC West rival San Francisco on ESPN’s Monday Night Football. The Rams will wear their blue and yellow throwback jerseys as they host the 49ers, and members of the 1999 team will be recognized at halftime."

The Rams will also wear their throwback uniforms at home against the New York Giants on December 21st, as the team conducts its annual Fan Appreciation Day.