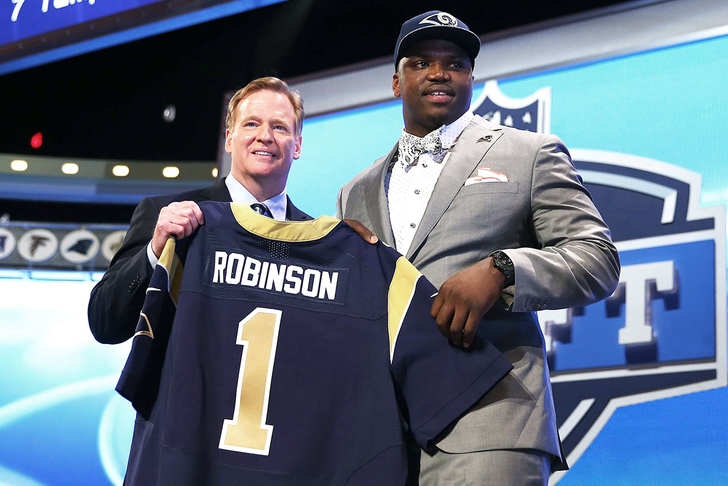 In today's Rams news update, the St. Louis Rams took the concept of team unity to an entirely new level on Thursday - signing all eleven of their draft picks on the exact same day.

Rather than rushing to be the first to sign their picks, Rams head coach Jeff Fisher and the rest of St. Louis' management felt like the draftees would be better served to undergo some training on how to handle their money prior to receiving they first big NFL paychecks.

“With the new rookie cap and everything, it’s really not difficult to get the deals done,” Rams coach Jeff Fisher stated earlier this week, via Joe Lyons of the St. Louis Post-Dispatch. “So we just felt like this time would be better served putting them in situations from an educational standpoint — financial planning and those kinds of things. We’ve done a lot of that.”

#2 overall pick Greg Robinson is happy that the process over and he's finally a contracted member of the St. Louis Rams.

“At first, it felt like it was going to take forever, but it’s a good feeling to finally get it over with,” said Robinson.