Rams NFL Draft Rumors: Everything You Need To Know Heading Into Thursday's Draft 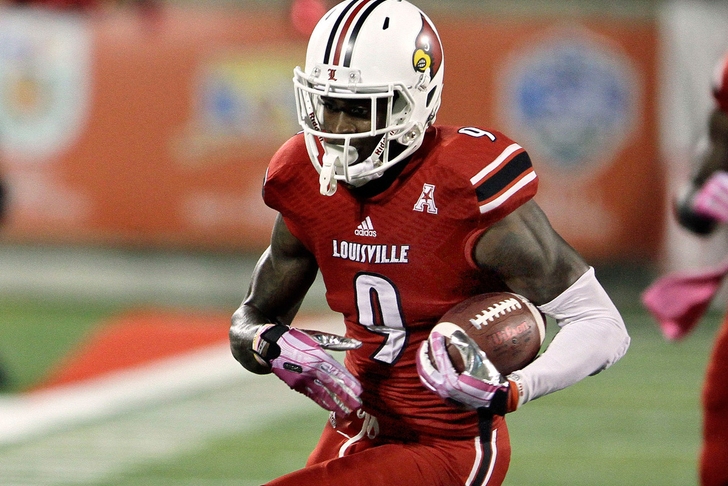 The 2015 NFL Draft is just a few days away, and there’s plenty of reason to be excited about the festivities in Chicago if you’re a St. Louis Rams fan. Here’s our breakdown of everything Rams fans need to know heading into draft week.

ESPN's Mel Kiper Jr. seems to think it's a good idea, slotting Parker to the Rams at #10 in his latest mock draft:

Mel makes the pick for the #Rams and goes with Louisville WR DeVante Parker at No. 10. Compares him to A.J. Green. #MelToddMock

Parker his quickly become the consensus third option for top wide receivers in the draft. If both Amari Cooper and Kevin White are gone by #10, the Rams could easily jump on the Louisville product to close out the top ten.

The Rams met with or worked out 30 different players in the pre-draft process, with 60% of those players being quarterbacks or offensive linemen.

The five quarterbacks the Rams met with are the most by any NFL team. The Rams also led the NFL in meetings with offensive linemen -- 13 altogether, including seven pure offensive tackles.

Whether this is a true indication of their aims early in the draft remains to be seen.