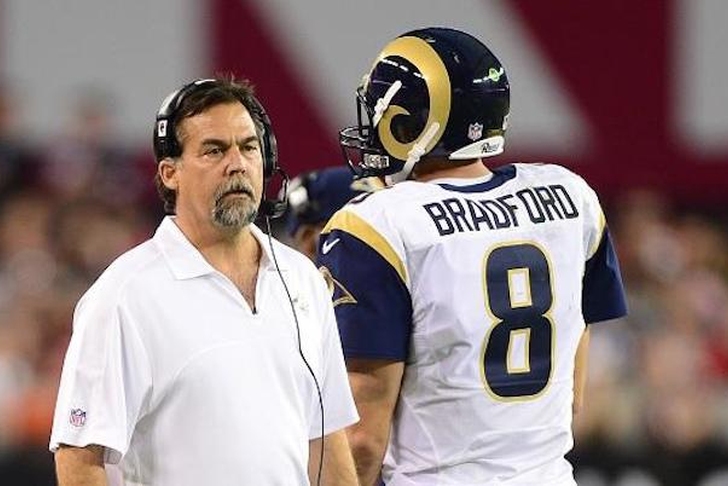 The St. Louis Rams have struggled to a 4-7 record this season, largely due to inconsistent quarterback play. Usual starter Sam Bradford tore his ACL in the preseason, forcing backups Shaun Hill and Austin Davis into action.

This was the latest in a long line of injuries for Bradford, and since he's under contract for $13 million next season, many assumed Bradford would not be returning to St. Louis next year.

However, according to head coach Jeff Fisher, he expects Bradford to be the Rams' starting quarterback next season.

Fisher Expects Sam Bradford to be Under Center for Rams in 2015 from 101ESPN on Vimeo.