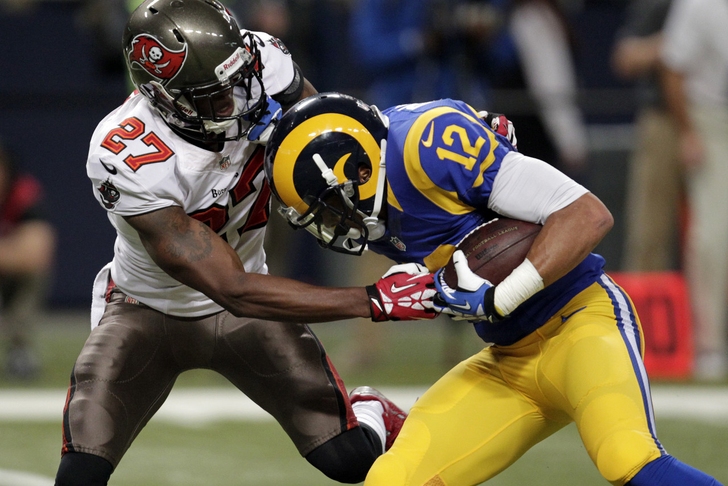 Bobby Rainey filled in admirably for Martin, rushing for 144 yards on 22 carries.

Austin Davis was asked to manage the game, and he did just that, finishing with 22 of 29 for 235 yards.

Turning Point: Austin Davis led the Rams offense down the field in the final two minutes to set up the game-winning field goal for Greg Zurlein. He drilled it home from 38 yards, giving the Rams the victory.

1) Both teams are in for a long season if they don't get healthy. Neither offense is a threat at all with this many starters out of action.

2) Austin Davis should make more starts before the season is over. He didn't look bad, and with veteran Shaun Hill banged up and struggling, Davis at least offers more upside.

The Rams host Dallas next week, while Tampa Bay travels to Atlanta for Thursday Night Football.