Instant Reaction: Rams Dominate in 24-0 Win Over the Redskins 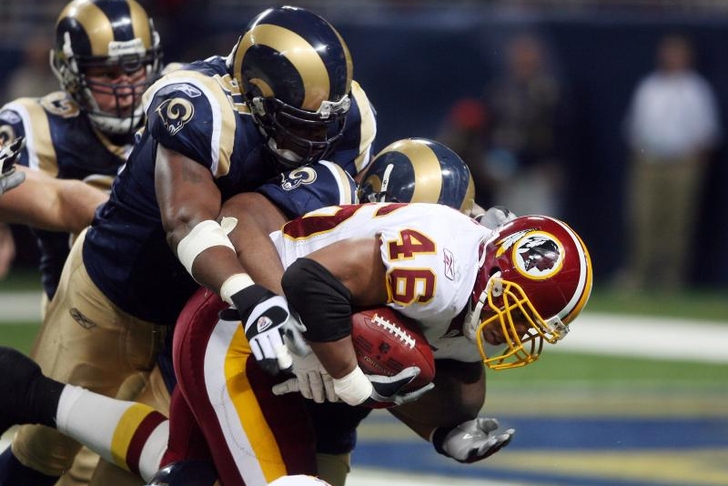 The Rams took care of the Redskins with a dominant defensive performance, cementing a victory with a big second half outburst and climbing to within a game of .500 at 6-7.

Turning Point: Already up by nine points late in the third quarter, the Rams padded their lead with a Shaun Hill to Jared Cook touchdown pass. They then faked the extra point with Greg Zuerlein struggling on the day, and converted to make it a 17-0 lead.

Key Stat: Rams kicker Greg Zuerlein missed two field goals - from 28 and 38 yards out - as well as missing an extra point. The Rams opted to fake an extra point later in the game, so Zuerlein finished with four points despite the Rams 24 point output.

Hill had an impressive performance for St. Louis, efficiently moving the Rams offense on a day where the defense and special teams gave them plenty of support.

Garcon was the only Redskin to do anything on the day. With DeSean Jackson inactive, Garcon played McCoy's leading receiver; he did lead the offense in yards on a dismal outing.