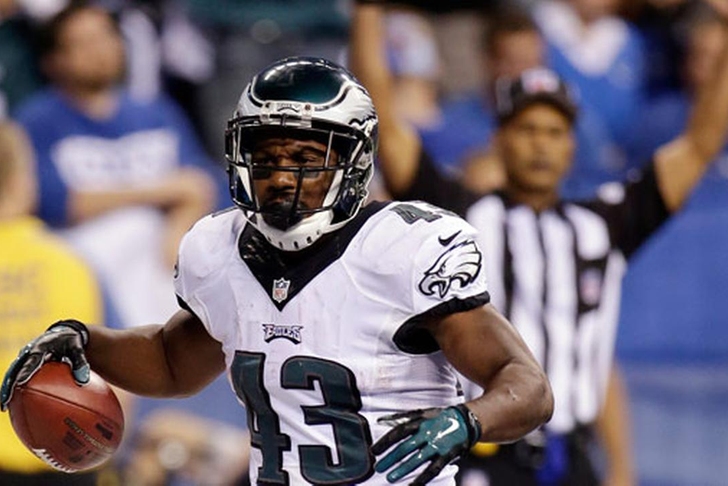 The Philadelphia Eagles started strong on special teams, did the dirty work in the middle on defense, and finished with a bang on offense to take a 20-7 lead over the St. Louis Rams into halftime.

Continuing a going theme, Philadelphia would score early in the second half (but again, not on offense), using their defense to increase their lead to 27-7. The Eagles would cruise to a 34-7 cushion from there, but St. Louis would score 21 unanswered before falling just short, 34-28.

Turning Point: A monstrous delay of game penalty turned a St. Louis 4th-and-8 in Philly territory with time winding down into an insurmountable 4th-and-13 back on the Rams' side of the field. Davis would fail to connect with WR Brian Quick on that play, putting a near miracle of a comeback bid by the Rams to rest.

Key Stat: In a game that was seemingly Philadelphia's to win for the majority of the game, St. Louis' ten penalties for 82 yards went from being an area in need of focus this coming week to one of the primary reasons why they couldn't quite upend the Eagles.

Eagles MVP: QB Nick Foles (24-of-37, 207 yards, 2 TD, 1 INT) finally pulled Philadelphia out of its offensive tailspin, finding Jeremy Maclin and Riley Cooper for a touchdown pass apiece. While Philly still has some kinks to work out attack-wise when it comes to facing the best and brightest that the NFC has to offer, Foles' work on Sunday is a major step in the right direction.

Rams MVP: QB Austin Davis (29-of-49, 375 yards, 3 TD) continues to do a more-than-servicable job for an injured Sam Bradford. While the Rams offense couldn't exactly get fully off the blocks against an aggressive Eagles defense early, Davis led a furious Rams rally with TD tosses to Kenny Britt (30 yards) and Brian Quick (5 yards) in the fourth.

With the running game also showing signs of busting out, there is plenty of reason for optimism in St. Louis.