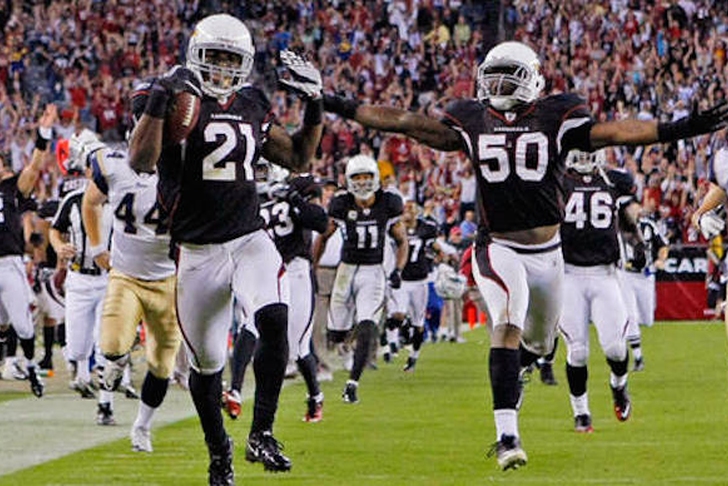 The St. Louis Rams came out and controlled the game for the first three quarters and led 14-10 going into the fourth, but the Cardinals took over after that.

Arizona scored 21 points in a three and a half minute span to take the lead and then seal the victory.

Turning Point: The Cardinals looked dead in the water when starting quarterback Carson Palmer left the game in the 4th quarter with an injury, but backup Drew Stanton hit rookie wideout John Brown for a 48-yard touchdown pass to but Arizona up 17-14.

Key Stat: The Rams were just 1-10 on third down for the day. Their inability to extend drives kept the door open for Arizona to come back and take the lead, which they did.

Arizona MVP: Drew Stanton came off the bench to lead touchdown drive after Palmer's injury that gave the Cardinals the lead for good. He finished 3/5 for 85 yards and a touchdown.

Stanton has to share the award with cornerback Patrick Peterson, who had two fourth-quarter interceptions - one of which he ran back for a touchdown to ice the win.

St. Louis MVP: Tight end Jared Cook had a big day for the Rams, catching two passes for 84 yards and a big touchdown.

What’s Next? The Cardinals will face the Lions next weekend in a matchup of the two best teams in the NFC, while the Rams face the Denver Broncos.