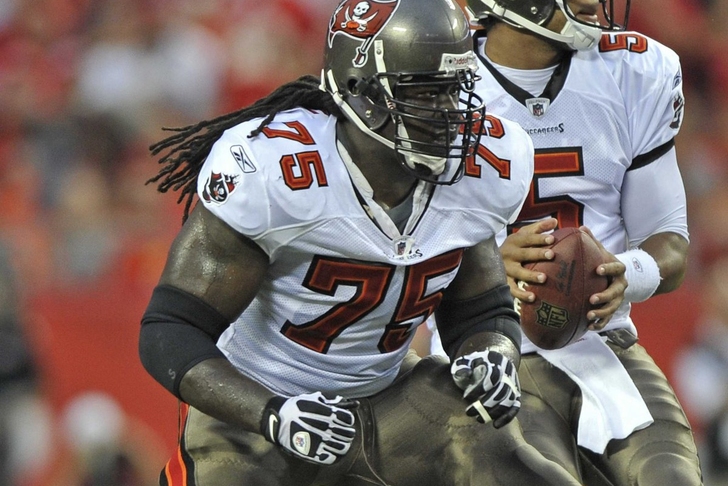 The Tampa Bay Bucs had attempted and failed to trade Joseph earlier this offseason before ultimately releasing him. However, the Bucs' release of Joseph could be the Rams' gain, as the team picks up a two-time Pro Bowler on a low-risk deal.

According to Katzowitz, "Joseph, who hasn't played well the past few years, could be a backup with the Rams." However, per Pro Football Focus, the Rams need to be extremely cautious before handing Joseph a large amount of responsibility off the bat:

For any team thinking of trading for Davin Joseph here are his year by year grades: pic.twitter.com/bZhgtHCswz

The Rams are in the midst of a offensive line rebuild - keyed by the drafting of Auburn's Greg Robinson with the second overall pick in the 2014 NFL Draft. It is still too early to see exactly how Joseph may fit into those plans, but it will most likely be farther down the team's depth chart.

For the latest in Rams news, be sure to follow our St. Louis Rams team page today!