3 Things To Watch For At St. Louis Rams Training Camp 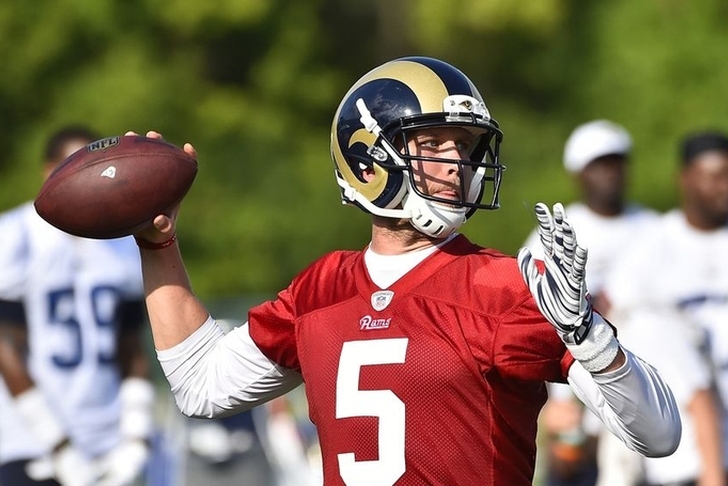 The 2015 NFL season is just weeks away, and there’s plenty of intrigue to spare surrounding the St. Louis Rams as the days tick down. Here are three things to watch for in training camp:

Robinson got off to a suspect start in his first season following the Rams' selection of him with the second overall pick. He allowed seven sacks, nine QB hits and 11 QB hurries and provided negative value in run blocking for an offensive line that finished 20th against the run in 2014. The Rams invested the #2 pick in hopes of securing a franchise left tackle. They NEED him to provide evidence of why he deserves such a designation or both the running and passing games will suffer as a result.

2) Just how dominant can St. Louis' defense be?

With the addition of man-beast Nick Fairley, the Rams' defensive line has five first-round picks to its credit and a legitimate chance to be the most disruptive and effective unit in all of the NFL. The Rams are banking on that, as the chaos created by Chris Long, Robert Quinn and the crew will directly correlate to the success of the defense as a whole.

The biggest question mark for the Rams might be the most important question mark -- where exactly does Nick Foles slot in the team's present and future. He's in the final year of his rookie deal and may be in line for a massive extension, but the jury's still out on whether he was just a system QB in Philly or an under-appreciated star.

If he trends towards the latter in 2015, the Rams will be in very good shape.