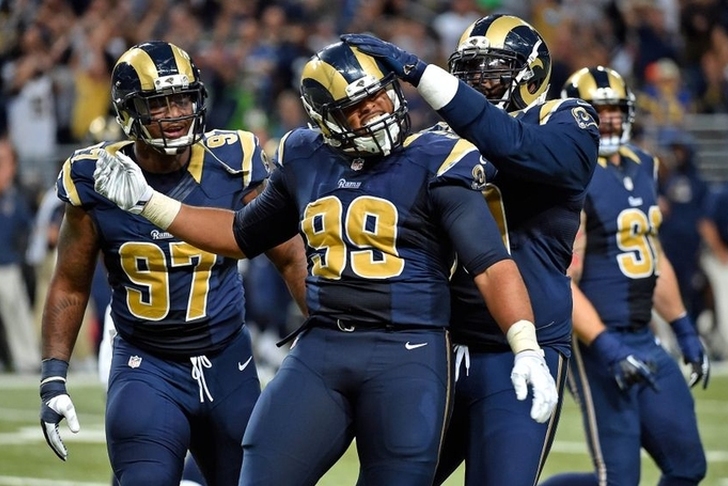 The St. Louis Rams surprised much of the NFL with a 34-31 OT win over the Seahawks that wasn't as close as the score indicates. That win wasn't a fluke either; this team is good. Here are three reasons why the Rams are legitimate Super Bowl contenders.

St. Louis hasn't quite been able to get over the hump that past few years because of a lack of explosiveness on the field, but they got that in droves on Sunday. Tavon Austin was dominant, accounting for a rushing touchdown and returned a punt for a score, while Benjamin Cunningham racked up 122 total yards. With Todd Gurley coming into the fold after a few games, this offense will be extremely tough to handle.

The Rams defense has been one of the best in the league for a while now, and they did their part to slow down the two-time defending NFC champs. There might not be a better defensive line in the NFL with Robert Quinn and Chris Long forming a dangerous duo along with Michael Brockers and Nick Fairley. However, Aaron Donald is the real star - there's not a better defensive lineman in the NFL outside of J.J. Watt. They'll be a force to be reckoned with all season.

The biggest ingredient the Rams have been missing is a solid quarterback, and they seem to have finally found one in Nick Foles. He completed 67 percent of his passes against the vaunted Seahawks secondary for 297 yards and a touchdown without throwing an interception. If he can continue to produce while limited turnovers like that, the Rams will have the offense to match their top notch defense.