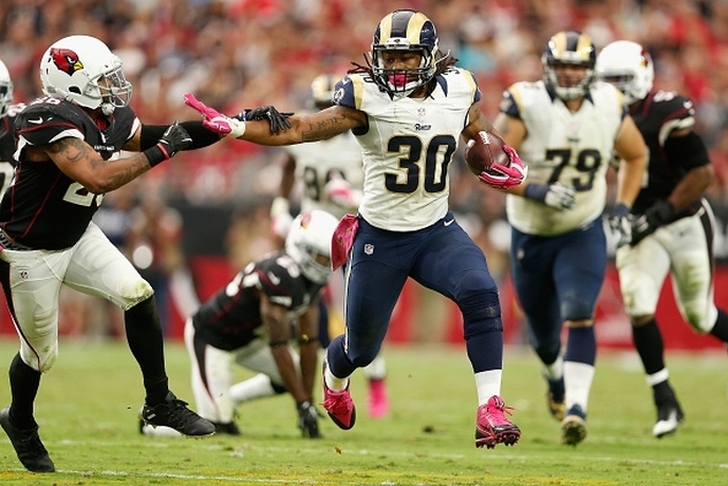 The St. Louis Rams knocked the Cardinals from the ranks of the unbeaten last weekend, and they'll look to do the same to the Green Bay Packers on Sunday. Here are three reasons why the Rams will beat the Packers this weekend:

3) The emergence of Todd Gurley

Todd Gurley is going to be really, really, really good. Perhaps we already suspected this, but this was the first game Gurley had a regular workload - and he reponded with an impressive 146 yards on just 19 carries. The Rams' offensive line is still a work in progress, but Gurley has the potential to gash Green Bay's suspect rush defense.

2) Defense has the tools to limit Green Bay's offense

The Packers high-flying offense was limited to just 17 points against the 49ers last weekend because San Francisco was able to get pressure on quarterback Aaron Rodgers with just four pass rushers, which is St. Louis specialty. Plus, St. Louis' secondary is one of the best in the league, particularly with press coverage. Expect this unit to push Green Bay out of their usual rhythm and make a few game-changing plays.

1) St. Louis plays up to their competition

The Rams play their best against their best competition, no doubt about it. Their two wins have come against the Seattle Seahawks and the Arizona Cardinals, two teams widely considered among the best in the NFC. While the loss against the Washington Redskins still hurts, but the Rams look like the kind of team that up their level of play if the competition is stronger, and the Packers are one of the best teams in the league. We should see big things from the Rams on Sunday.