3 Reasons To Be Optimistic About The 2015 St. Louis Rams 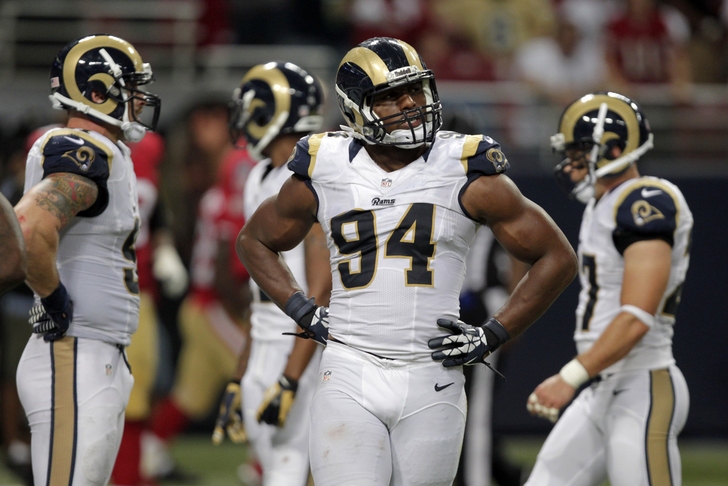 The 2014 St. Louis Rams suffered through their fair share of growing pains, but there's still a palpable sense this spring that things are on the cusp of turning around for the franchise. Here's 3 Reasons To Be Optimistic About The 2015 St. Louis Rams.

1. A Wealth Of Young Talent

Robert Quinn. Tavon Austin. Alec Ogletree. That's just a small sample size of the young, impact players dotting the St. Louis Rams' roster. Things have a chance to fully click for guys like offensive tackle Greg Robinson in 2015, and that only means big things for the Rams as a whole.

2. A Downturn In The NFC West

The Seattle Seahawks are still the class of the division, but there's reason to believe that both the Arizona Cardinals (QB issues, injuries) and San Francisco 49ers (a depleted defense, bizarre front-office decisions) are going to hit the skids in 2015. With four games against two teams which could be a mess, the Rams have a chance to climb the ladder and challenge for either a division title or wild-card spot.

The Rams only have five picks in the 2015 NFL Draft, but that's still plenty of ammunition for GM Les Snead to pluck a few more gems out of a talented draft class. He's gained the trust of the fan base for both his free-agent and draft decisions, and here's another chance for him to curry favor and push the Rams' growth process along.