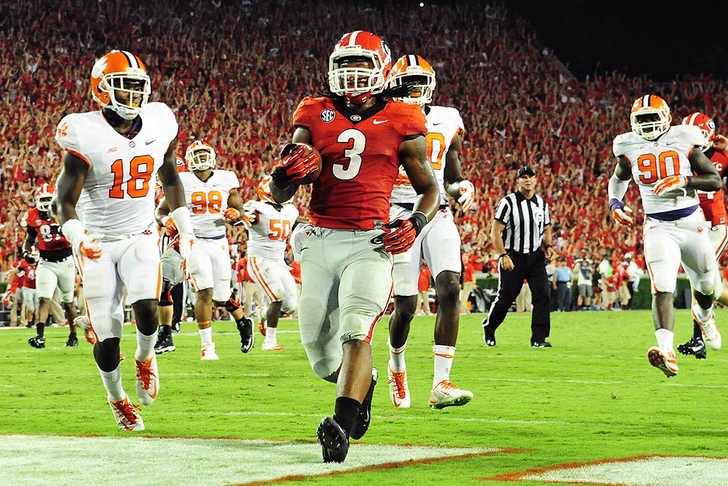 With the tenth pick in the 2015 NFL Draft, the St. Louis Rams select Todd Gurley out of Georgia.

The end of Gurley’s 2014 campaign hurt his draft stock after he tore his ACL in his first game back from a four-game suspension (violation of NCAA rules). However, when he was healthy, Gurley performed at an elite level above and beyond all but a few of his peers. His freshman season in 2012 will be one remembered in Athens for decades, as he finished second-team All-SEC and became just the second Bulldogs freshman to post a 1,000-yard rushing season (Herschel Walker, 1980).

When he’s on the field, Gurley utilizes a breathtaking mixture of impressive speed and explosive power to both run by and through defenders in pursuit. Almost impossible to tackle if you don’t square him up, he is a pure downhill rusher who also has the deceptive feet to sidestep hits and burst to the second level. 61.9% of his rushing yardage came after contact in 2014. That’s an insane percentage which could easily translate to superstardom at the next level.