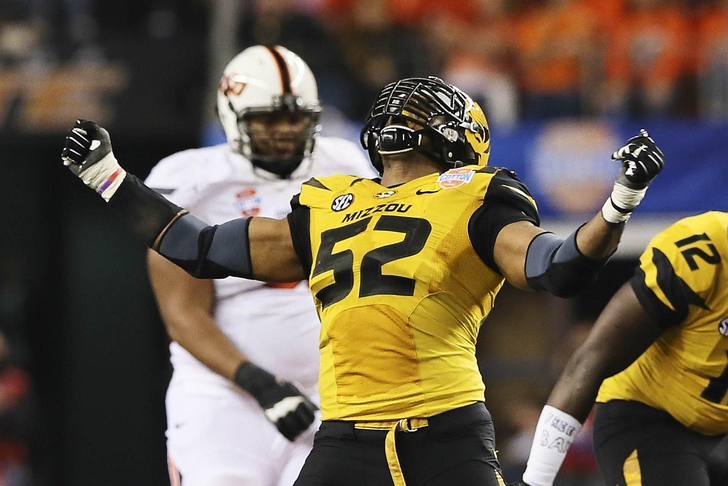 With the 249th overall pick in the 2014 NFL Draft, the St. Louis Rams have selected Michael Sam out of Missouri.

With the chance of becoming the first openly gay athlete in NFL history, Sam has shown immense calm under both media and scouting scrutiny. Sam won the 2013 SEC Defensive Player of the Year Award -- posting 48 tackles (19 for a loss), 11.5 sacks, two forced fumbles, and two passes defensed.

Sam has good arm length, along with a solid instinct when it comes to snap anticipation. Sam’s on-the-field motor is unquestionable, and he utilizes maximum effort to make up for any perceived athletic deficiencies. Sam’s durability and weight-room ethic is very solid, and his willingness to prepare and learn will be of great benefit to him at the next level.

Check out Michael's highlight video for a closer look into what he brings to the Rams :

For all the latest St. Louis Rams draft news, check out our Rams draft page.