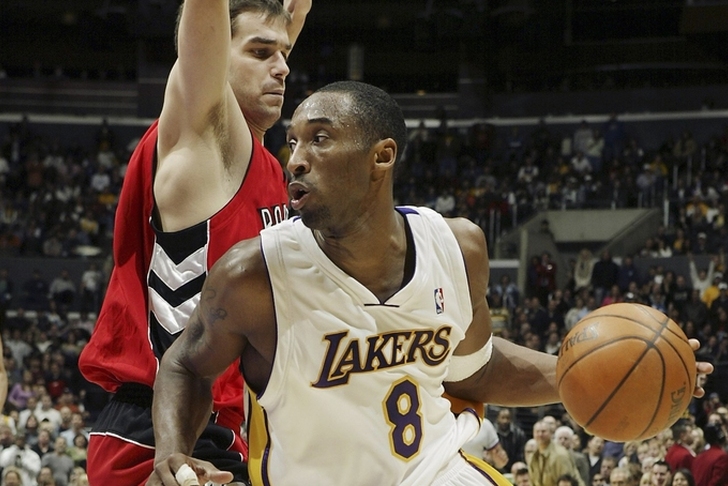 Kobe Bryant has had no shortage of special moments in his illustrious 20-year Los Angeles Lakers career, but there are a handful that stand out from the rest. From individual scoring performances to championship achievments, here are video highlights of the Black Mamba's best times in the NBA.

Kobe had several head-to-head battles with Michael Jordan over the years, but this 55-point explosion on the Washington Wizards-era M.J. marked the official passing of the torch from one legend to another.

When the Lakers made their first championship run in 2000, they were still Shaquille O'Neal's team. But by coming up clutch with Shaq fouled out in Game 4 versus the Indiana Pacers, Kobe showed he had what it took to carry L.A. in the big moments, solidifying his star status.

After a six-year gap between championships, Kobe led the Lakers to a dominant NBA Finals victory over the Orlando Magic. His Game 5 performance helped him lock up his first Finals MVP and fourth NBA title.

It was anything but easy, but Kobe willed his Lakers to a second-consecutive championship over the revamped Boston Celtics. After leading the team in scoring in six out of seven games, No. 24 was awarded his second-straight Finals MVP.

Kobe did the unthinkable on January 22, 2006, dropping 81 points on the Toronto Raptors. His single-game scoring total trails only Wilt Chamberlain's 100-point effort from 1962 on the NBA's all-time scoring list.