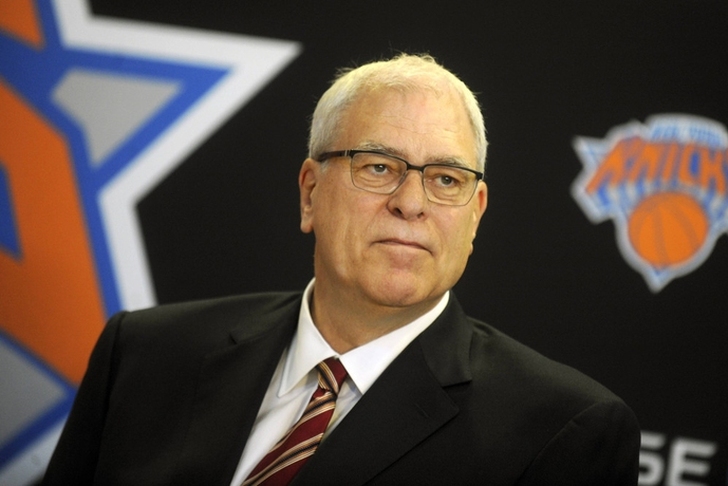 Many were surprised when New York Knicks president Phil Jackson fired head coach Derek Fisher yesterday, causing many to wonder just what Jackson's plans are for rebuilding the Knicks. However, he may not be with the Knicks much longer.

According to The Vertical's Adrian Wojnarowski, there is a "strong belief Jackson will eventually find his way to his fiancée Jeanie Buss and the Los Angeles Lakers" with either Luke Walton or Tom Thibodeau serving as the Lakers' next head coach. Current coach Byron Scott is widely expected to be fired at the end of the season, if not before.

Jackson coached the Lakers from 1999-2004 and 2005-2011, winning five of his 11 NBA titles in that time. Though he doesn't plan on coaching again, the report indicates he would return to LA to be part of the team's front office.

The Lakers have not had a winning season sine the 2012-13 year and hold the second-worst record in the league with a 11-43 mark this season. Their 21-61 record last season was the worst in franchise history.