Why LeBron James should embrace comparisons to Michael Jordan 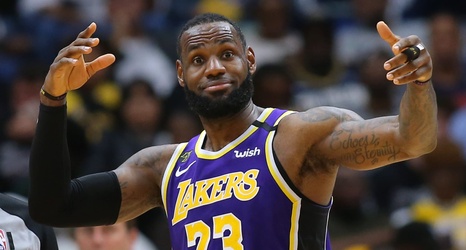 No matter what LeBron James does, he won’t escape comparisons to Michael Jordan, so the Los Angeles Lakers superstar should embrace his place in the G.O.A.T. debates.

On April 19, ESPN aired the first two episodes of “The Last Dance,” a 10-part documentary on the Chicago Bulls, focusing on the 1997-98 team that won a championship—Jordan’s sixth successful title run.

Earlier that day, LeBron James made it clear he had other plans with a tweet:

LeBron James is an executive producer for The Wall. Regardless, the timing seems to line up perfectly with the Bulls’ documentary, and of course, everyone reminded him in his Twitter mentions.