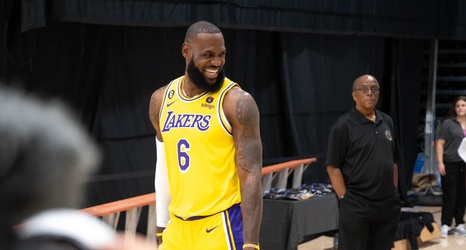 The Los Angeles Lakers only have two full days left before their first preseason game against the Sacramento Kings on Monday, and the team is continuing to ramp up their preparation for the season to tip off midway through this month. The latest step in that process was a scrimmage open to the media on Saturday, and the team’s beat writers were kind enough to tweet a few clips and observations for us to hyper-analyze and overreact to.

Here are a couple of takeaways from what came out of the session.

As we highlighted yesterday, the Lakers are still evaluating a few starting lineup possibilities, but each update does make it seem more and more likely it will be Jones and Nunn flanking LeBron James, Anthony Davis and Russell Westbrook:

Lot of combinations, but we’ve been seeing a lot of Damian Jones and Kendrick Nunn on the same squad with LeBron and Russ.