Three Things to Know: LAL at SAC, Preseason Game No. 6 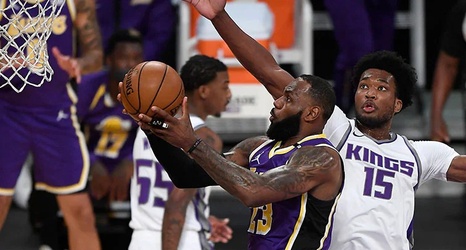 The Lakers will complete their preseason play with a visit to Golden 1 Center as they take on the Sacramento Kings. Tipoff is scheduled for 7 p.m. on Spectrum SportsNet.

Here are three things to know before tonight’s game:

The long-awaited debut of LA’s "Big 3" took center-stage Tuesday night, as Anthony Davis, LeBron James and Russell Westbrook combined for 47 points, 20 rebounds, 12 assists and five steals. While the final score line did not result in a victory, Frank Vogel acknowledged the adjustment period and having his players build the chemistry in a timely manner, with a new season just around the corner.