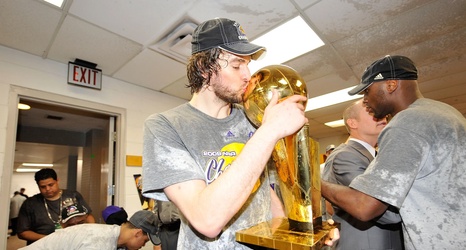 On Tuesday, 41-year-old Pau Gasol held a press conference in which he announced his retirement from basketball. Gasol spent last season with FC Barcelona in Spain after a lengthy NBA career with five teams across nearly two decades, the most prominent of those stints being with the Los Angeles Lakers.

Gasol helped the Lakers to two titles during his seven seasons in Southern California. After playing a vital role in both titles, the Lakers are going to retire Gasol’s jersey, according to multiple reports, a move that was inevitable once the Spaniard finally announced his retirement.