Talen Horton-Tucker says he wants to improve as defender, shooter and playmaker with Lakers this season 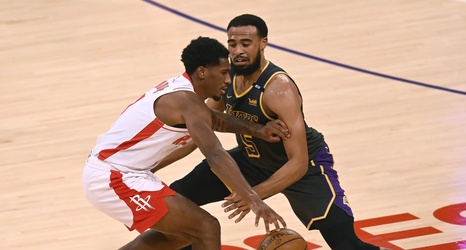 A rapid ascension from the G League, to the fringes of the rotation, to a bonafide role player in the NBA led to Talen Horton-Tucker securing a hefty payday this summer. And as a young player who still has so much untapped potential, Horton-Tucker is a source of possible upside for a Lakers roster full of mostly finished products.

His unique skill set, size and versatility means he could be used in a number of ways. Last season, the Lakers used Horton-Tucker as a point guard and in multi-guard lineups as well. The pay raise by the Lakers indicates not just the team’s belief in him, but the expectation of production from him moving forward.