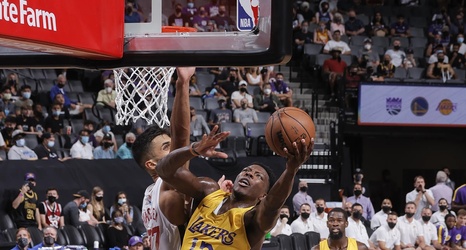 The Summer League Lakers made their return after a nearly two-year layoff on Tuesday, facing off against the Miami Heat in the opening game of the California Classic hosted by the Sacramento Kings. Though the Lakers had four players score in double digits, led by 15 points from summer league and South Bay Lakers veteran Devontae Cacok, they still came up short as Heat rookie Ömer Yurtseven’s 27 points carried Miami to an 80-78 victory.

The game definitely felt like a return to summer league, both in the fact that it was largely overshadowed by the Lakers’ flurry of free agency moves to some production issues that left the ESPN2 game broadcast without a functioning audio feed for a solid chunk of the first half.