Sparks win back and forth game against Fever 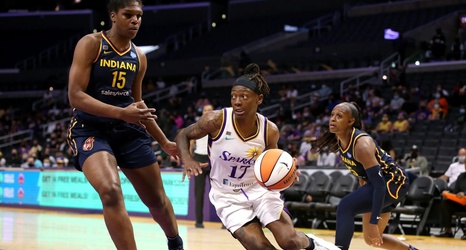 In their first game back from the Olympic break and their first home game at Staples Center since September 15, 2019, the Sparks were able to secure the victory against the Indiana Fever, winning 75-70.

Brittney Sykes led all Sparks with 16 points. The team’s offensive attack was well-balanced with four of the team’s starting five in double figures, including Erica Wheeler, Amanda Zahui B., and Nneka Ogwumike. Wheeler was able to control the pace using pick-and-roll actions with the two bigs.

The team needed all of the offensive contributions from its starting five with only two players scoring off of the bench.