Sparks offense breaks down in second half in 66-57 loss 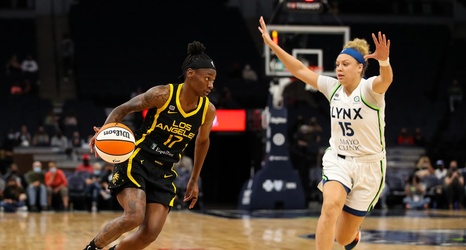 The Sparks came into Minnesota in bad shape. They were on a four-game losing streak, bookended by two of their worst losses of the season, including a defeat to 12th-place Indiana Tuesday when they blew an eight-point lead in the final three minutes. L.A. was also reduced to an eight-player rotation without Chiney Ogwumike and Kristi Toliver.

Meanwhile, the Lynx were winners of three in a row and nine of 10 at home. They were without starting point guard Layshia Clarendon and also down to nine players, but had only played one game in the previous eight days, compared to three for the Sparks.