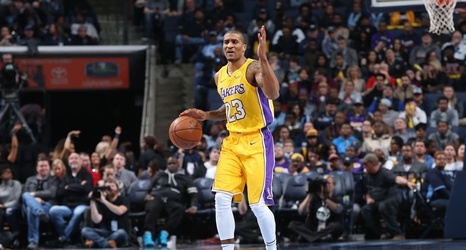 Gary Payton sat courtside, as I predicted, to watch his son, former Oregon State Beaver, Rio Grande Viper and Wisconsin Herd guard, debut for the South Bay Lakers. They were not disappointed.

Gary Payton II is on a two-way contract, taking the place of Vander Blue and came out guns blazing in his debut earning a triple-double. Payton II’s triple-double was the first of the season for South Bay (18-11), and he did it coming off the bench.

The last time I remember watching Payton II play, he scored 51 points against the D-Fenders with his dad and Blue exchanging jabs the entire game.