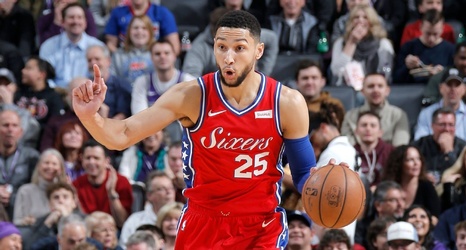 Philadelphia 76ers general manager Elton Brand would love to see point guard Ben Simmons reach his full potential and learn at the feet of Hall of Famers, but he's not going to let Magic Johnson do the teaching.

Speaking on 97.5 The Fanatic in Philadelphia on Monday, Brand said the Sixers have not granted permission for Simmons to work out with the Los Angeles Lakers' president.

"[Lakers general manager] Rob Pelinka called me and said 'Hey, we're hearing Ben wants to talk to Hall of Famers, championship-level players, and Magic is on the list.