Rob Pelinka calls it ‘hard’ to trade Ivica Zubac and Svi Mykhailiuk, but is excited for what Reggie Bullock and Mike Muscala can bring to Lakers 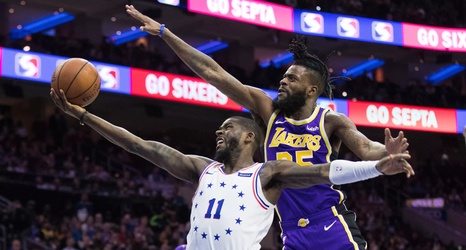 Going into the season, the Los Angeles Lakers front office made a pledge to stay committed to the team’s young core, despite the pressure to make win-now moves with LeBron James on the roster. They didn’t want to take any shortcuts, they wanted to make something that would last for years to come — and all that good stuff.

However, at some point in the season, they changed their stance on that.

Obviously, there is no better example of their shift in tone than the fact that they reportedly offered each and every one of their core young players in a trade for Anthony Davis, but the moves they actually made at the deadline showed their desire to win now as well.