Report: Lakers were willing to include 2027, 2029 first-round picks for Donovan Mitchell, Kyrie Irving 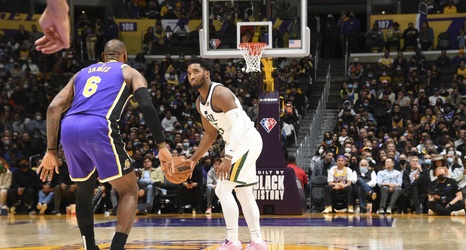 With only two primary trade assets in their 2027 and 2029 first-round picks at their disposal, the Lakers have been acutely aware of how little wiggle room they have when making a deal. As general manager Rob Pelinka explained at media day on Monday, the Lakers only have one shot at making the trade that will ideally vault the team back into contention.

It’s why the team spent most of the summer playing hardball when it came to trade negotiations, trying to squeeze every possible ounce out of a trade. The end result was no deal made and the team heading into media day with a team that feels incomplete.