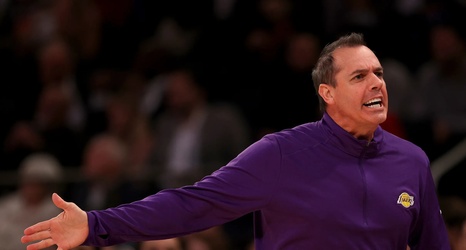 On Friday morning, longtime NBA insider Marc Stein dropped the first report we’ve gotten this season that Lakers head coach Frank Vogel might be on the hot seat, reporting in his Substack that there is “rising buzz in coaching circles” that Vogel’s chair is getting warm.

Then, on Friday night, the Lakers spent most of the night looking like a team that was trying to get their coach fired, dropping to 10-11 overall with a triple-overtime loss to a woeful Sacramento Kings team missing multiple contributors. So, perhaps unsurprisingly, that meant that Saturday featured more reports that speculation within the league about Vogel’s job security is growing.