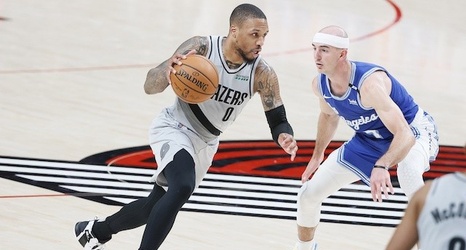 In a game that came down to the wire, the Los Angeles Lakers ultimately would lose to the Portland Trail Blazers, 106-101, and fall to the seventh seed. With the win, the Trail Blazers now own the tiebreaker between the two teams if it comes down to that.

Alex Caruso was able to start despite a foot contusion and knocked down the Lakers’ first 3-pointer of the night, but the Trail Blazers went up 7-3 early. Anthony Davis was aggressive getting to the basket and drawing free throws, but Portland’s outside shooting gave them an eight-point lead.

Los Angeles went nearly minutes without a field goal as they turned the basketball over, but Wesley Matthews ended the drought with a three in transition.