Rajon Rondo: Pelicans ‘Just Didn’t Do What They Needed To Do To Keep’ Anthony Davis 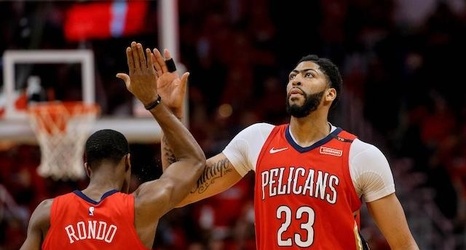 Anthony Davis spent seven seasons with the New Orleans Pelicans, reaching the second round of the NBA playoffs just once in a season with Rajon Rondo and DeMarcus Cousins.

And midway through the 2018-19 NBA season, Davis felt his time with the Pelicans had come to an end and requested a trade.

Naturally, Pelicans fans were unhappy with the decision to leave the team prior to the end of his deal, booing him mercilessly in several games after the trade request. However, some perspective was likely given when the Pelicans were handed Brandon Ingram, Lonzo Ball, Josh Hart, and several first round draft picks in exchange for Davis.