Quinn Cook And Troy Daniels Combine For 39 Points, But Lakers Fall To Magic 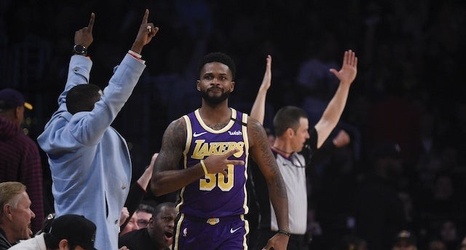 The Los Angeles Lakers were defeated by the Orlando Magic, 119-118.

The Lakers were able to get JaVale McGee involved early as the big man was the recipient of a few dishes next to the rim, scoring eight of the team’s first 10 points. On the other end, Los Angeles paint defense was leaky as they allowed Orlando to get to the rim for several easy baskets of their own.

The Magic made life difficult for the Lakers in the halfcourt as they walled off the paint on drives and ran out to contest any jump shots.