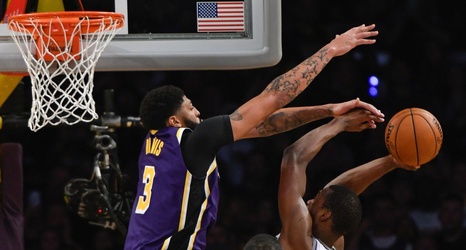 The Lakers moved to 10-2 on the season with a 99-97 win over the Kings on Friday night. As the score would imply, the game was hotly contested and the Lakers could have just as easily lost this game — and probably should have — as they could have come out on top.

That they didn’t is a testament to a lot of factors, but mostly because the Lakers have LeBron James and Anthony Davis along with enough capable role players that at least one steps up to help turn a game. Against the Kings that role player was KCP, whose 4th quarter scoring was pivotal to the point that LeBron said his fellow Klutch client deserved the game ball.