Podcast: The end has finally arrived 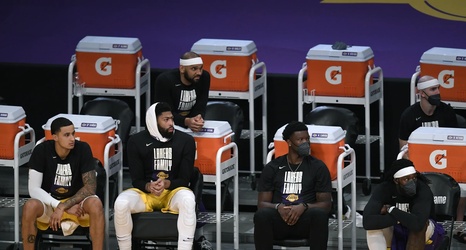 The Lakers lost Game 6 to the Phoenix Suns, 113-100, ending their season and their repeat pursuit in the first round.

Despite a spirited comeback in the second half and the exhilaration of a LeBron James at center lineup, this game was never really competitive after the first few minutes once Devin Booker and Suns brought the hammer down. As a result, on this episode of “The Lakers Lounge” podcast, Harrison and Sabreena spend most of the time giving a post-mortem for the season as a whole rather than focusing on the end.