Podcast: Jared Dudley taking an assistant coaching job shouldn’t be this controversial for the Lakers 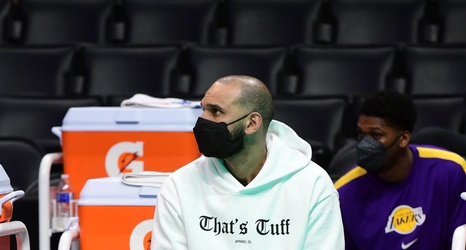 Much has been made about the departure of one Jared Dudley, including arguments of his importance to the present-day being equal to that of Derek Fisher in the late 2000s.

From 2007 through 2011, Fisher played in 82 games each of those four seasons and was a key productive member of two championship teams (making trips to three finals). All due respect to Dudley, but no. I would not personally compare the last two years of Dudley’s Lakers tenure to any stretch of Fisher’s time with the organization. Just me, though.

Which brings me to an important point: Yes, Dudley has been an important voice in the locker room for two of the tougher seasons any Lakers team has faced.