Podcast: How good can the Lakers be when they’re fully healthy? 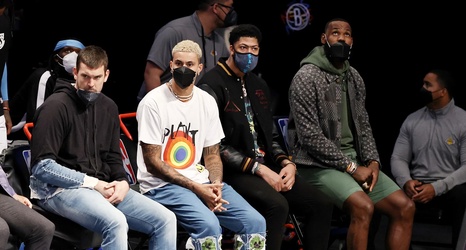 The Los Angeles Lakers have done alright without LeBron James and Anthony Davis. In fact, in some respects, they’ve been great. For example, over the last 11 games, the Lakers have posted the second-best defensive rating in the NBA behind the Utah Jazz, who have a two-time Defensive Player of the Year in Rudy Gobert on their roster. Makes you think.

But as respectable as the Lakers have looked without James and Davis, they’re nowhere near as good they could be with James and Davis in the lineup. On today’s podcast, Christian and Jacob discuss what the Lakers’ rotation might look like when James and Davis return and how much has changed since they last played together on Feb.