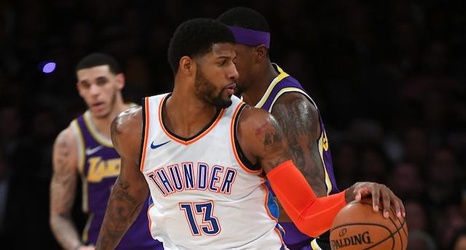 The summer of 2018 was a game-changing one for the Los Angeles Lakers. The franchise set themselves up to sign two max-level players and most expected one of those to be Oklahoma City Thunder wing Paul George.

A Southern California native, George had long been rumored to want to join his hometown franchise, but instead of trading for him the year prior, the Lakers were content with waiting until he hit free agency.

Unfortunately for the Lakers, that backfired as George’s year in Oklahoma City with Russell Westbrook made enough of an impact to make him want to stay.