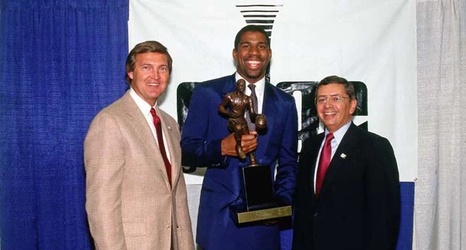 The streak was thwarted by the man they call Magic, as Earvin “Magic” Johnson claimed the 1987 NBA MVP award. It was his first honor as league MVP after eight seasons in the NBA.