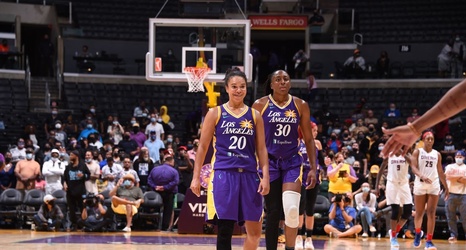 Kristi Toliver got a new job in the afternoon, and then helped led her current team to its third straight win in the evening.

All in a day’s work.

The Sparks shooting guard — who was named an assistant coach for the Dallas Mavericks earlier in the day — came through in the clutch to send Tuesday’s game into overtime, which L.A. eventually won, and she said she felt Kobe on that shot. On Thursday, she got a Kobe assist, as the Sparks once again put the ball in her hands for the game-winner.