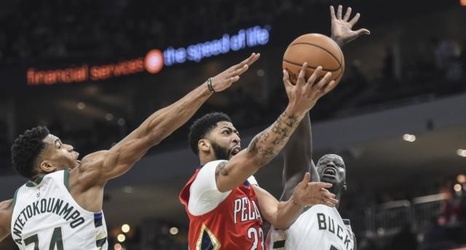 When Anthony Davis requested a trade from the New Orleans Pelicans through agent Rich Paul, the NBA’s tampering rules became a major discussion once again.

Prior to the 2018-19 NBA season, Davis joined Klutch Sports Group, which famously represents LeBron James. And when James publicly stated he wanted to play with Davis and later double-downed on his comments amid tampering allegations, the league sent a memo reminding players and teams.

Since president of basketball operations Magic Johnson and general manager Rob Pelinka took over the Los Angeles Lakers front office, they have been fined twice for tampering in regards to their Paul George and Giannis Antetokounmpo commennts.