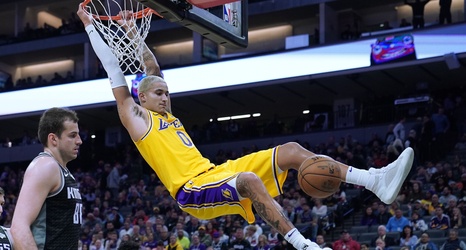 This week represents the second of the four most exciting periods of the NBA season with Los Angeles Lakers rumors getting louder and louder.

It might seem glamorous at times, but Lakers rumors can be just as big of a grind for the NBA writers as the players. The NBA trade deadline is exciting because the player carousel goes around and around until Thursday February 6th. Plus, fans get to filter reports to see who really knows what is going on in the NBA and who is chasing clout.

That is why Kyle Kuzma and a few staffers are anxiously waiting to see if Kuzma will have a new team to represent by this weekend.