Los Angeles Lakers: Ranking the players on the team’s roster 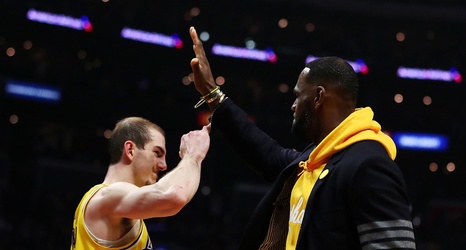 The Los Angeles Lakers will open the 2019-20 season with a roster that looks much different than the one that finished last season.

• Just two returning players who remained under contract: LeBron James and Kyle Kuzma
• Four players who were re-signed as free agents: Kentavious Caldwell-Pope, Alex Caruso, JaVale McGee and Rajon Rondo
• One superstar that they acquired by trade: Anthony Davis
• One player they drafted in the second round of this year’s draft: Talen Horton-Tucker
• Two players who were awarded two-way contracts: Kostas Antetokounmpo and Zach Norvell Jr.