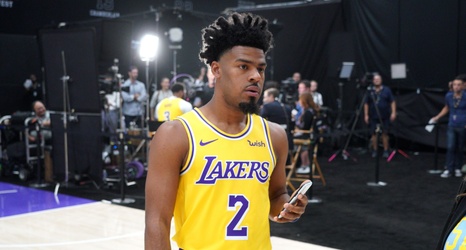 The Los Angeles Lakers defeated the Golden State Warriors 126-93. Anthony Davis and LeBron James continued their strong play during the preseason, but it was Quinn Cook that had much of social media taking.

Quinn Cook had missed all of the preseason recovering from a sore left calf and Wednesday night he made his Lakers debut in spectacular fashion. Cook had 16 points while shooting 6-for-9 from the field and 4-for-5 from 3-point land in 15 minutes of action. He also proved to be very effective in the pick and roll, setting up teammates with 3 assists.