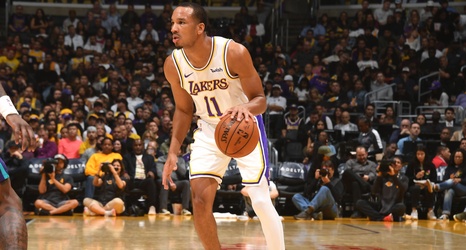 The Los Angeles Lakers and New Orleans Pelicans played a thrilling game on Wednesday night. Los Angeles started slowly, as they trailed by 10 at halftime and by just as many going into the fourth quarter. Despite that, they pulled out a 114-110 victory in what was a very emotional game.

All of the headlines will talk about how dominant Anthony Davis was, and rightfully so. Davis scored 41 points in his return to New Orleans, the most points ever scored by a player in his return.

He carried the team through the first half when the Lakers slept walked on defense and helped set the tone in the fourth quarter when they held New Orleans to only 21 points.