Los Angeles Lakers: 5 things to look for during the preseason 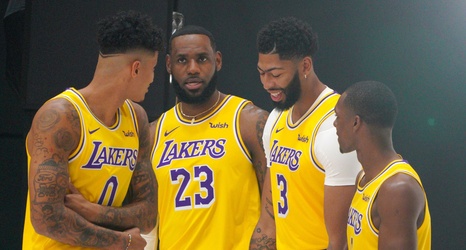 With the preseason set to start, the NBA offseason is finally over as the Los Angeles Lakers are set to take the court against the Golden State Warriors on Saturday, October 5th at 5 PM PST.

Unfortunately, there isn’t going to be much diversity in terms of opponents for the Lakers this preseason, as the Lakers will only be playing two teams over the course of their six games; the Golden State Warriors and the Brooklyn Nets, but these two teams have plenty of star power and prospects to keep an eye on.

But, in reality, preseason is for the end of the bench players, undrafted free agents, and rookies who will all get a chance to show the team what they are capable of and hopefully earn a roster spot with the Lakers or somewhere else.